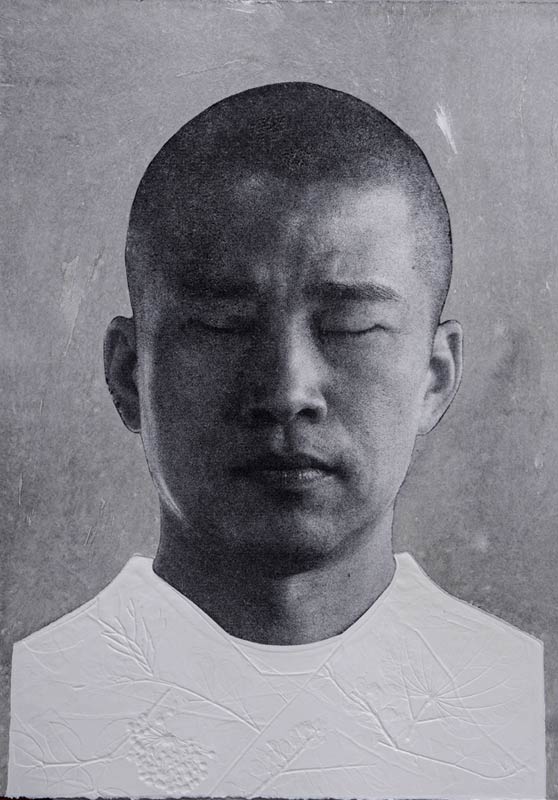 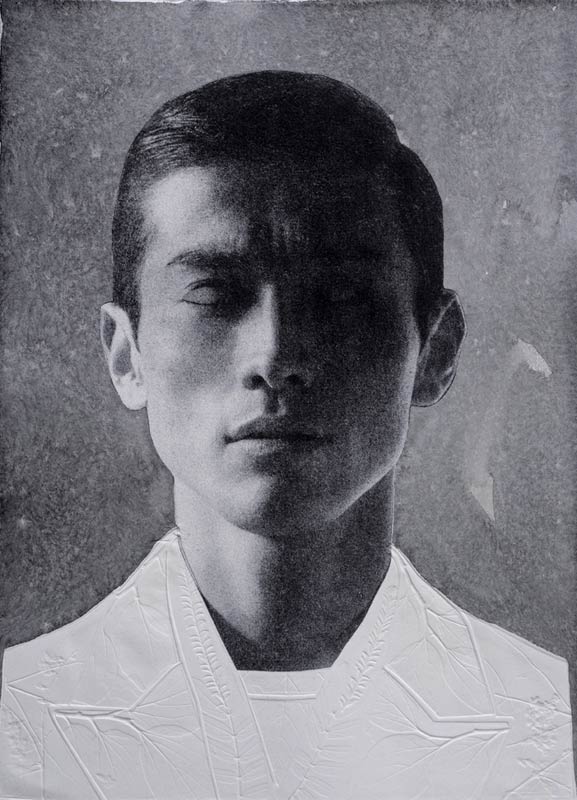 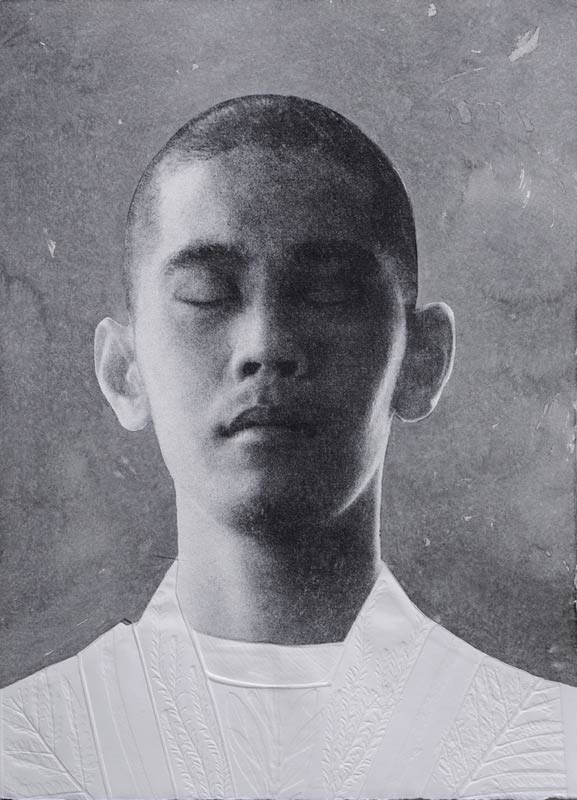 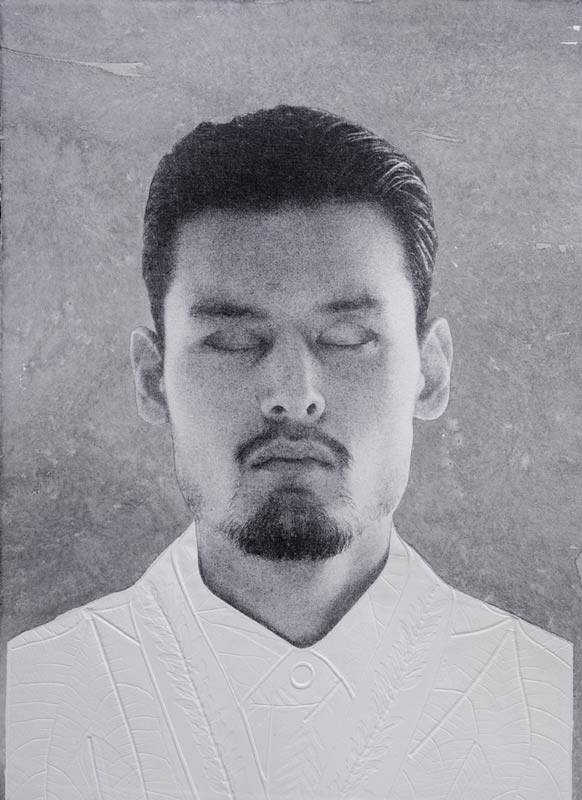 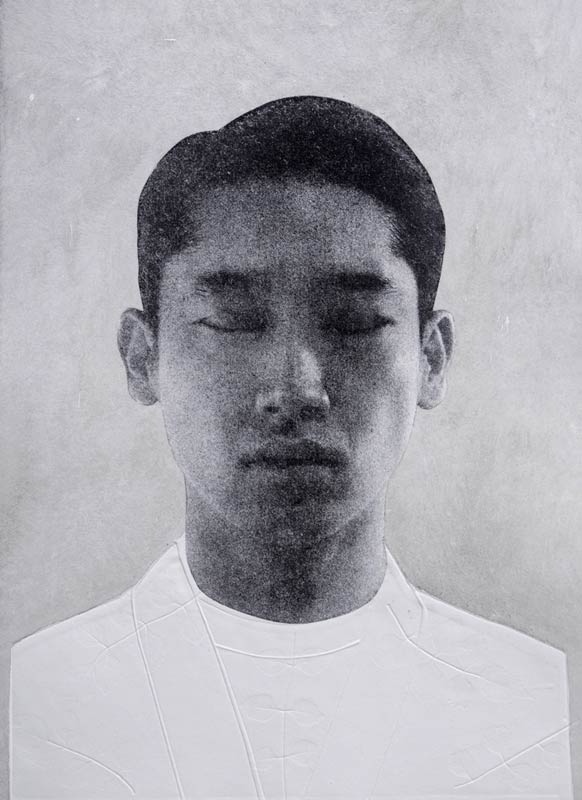 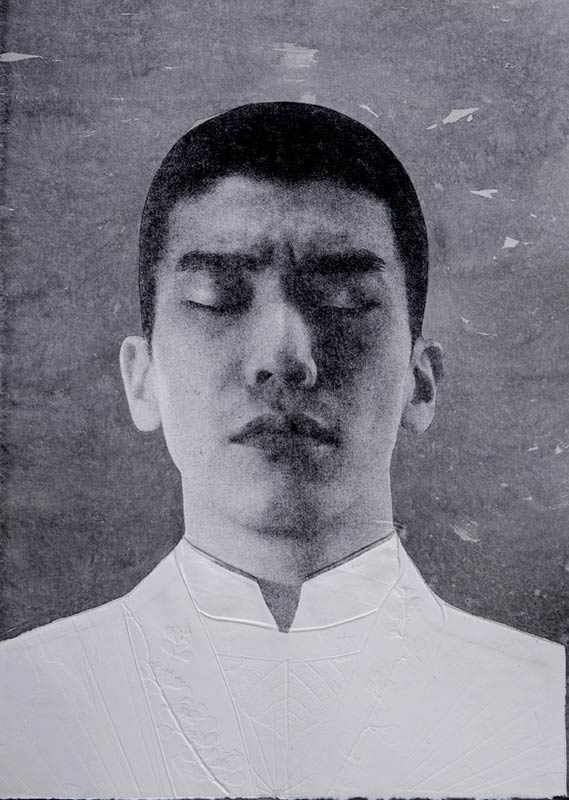 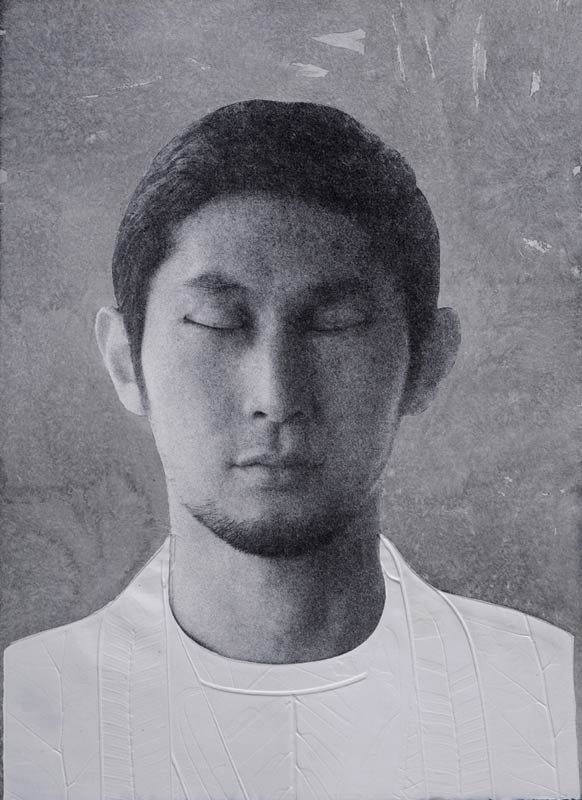 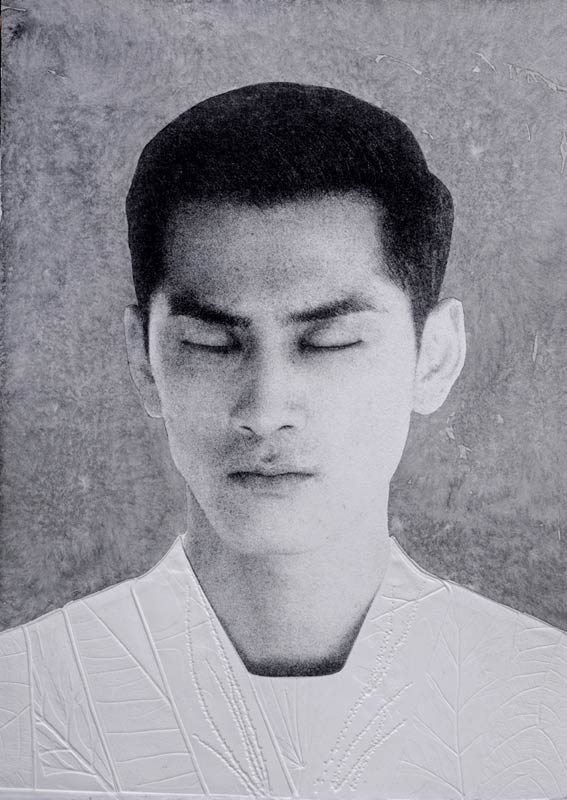 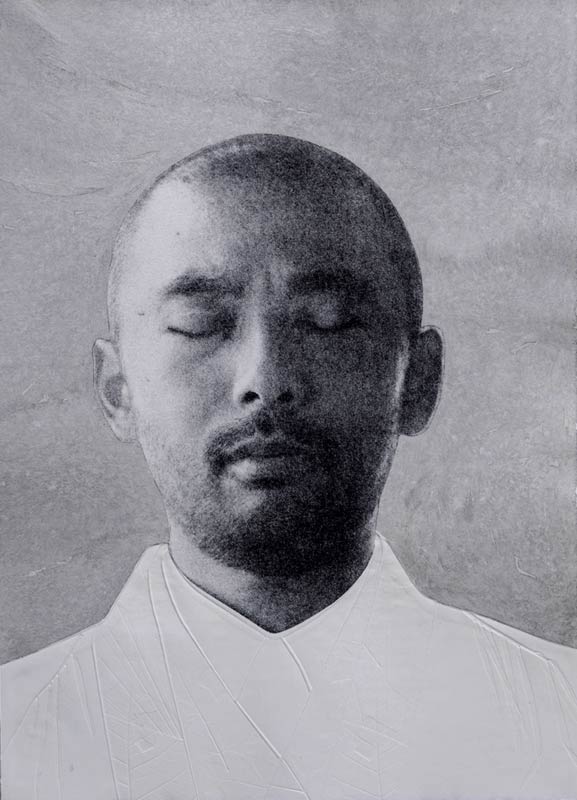 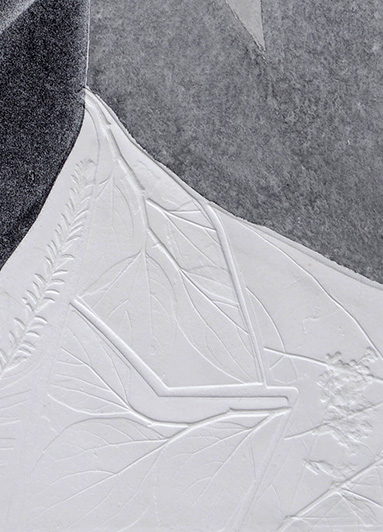 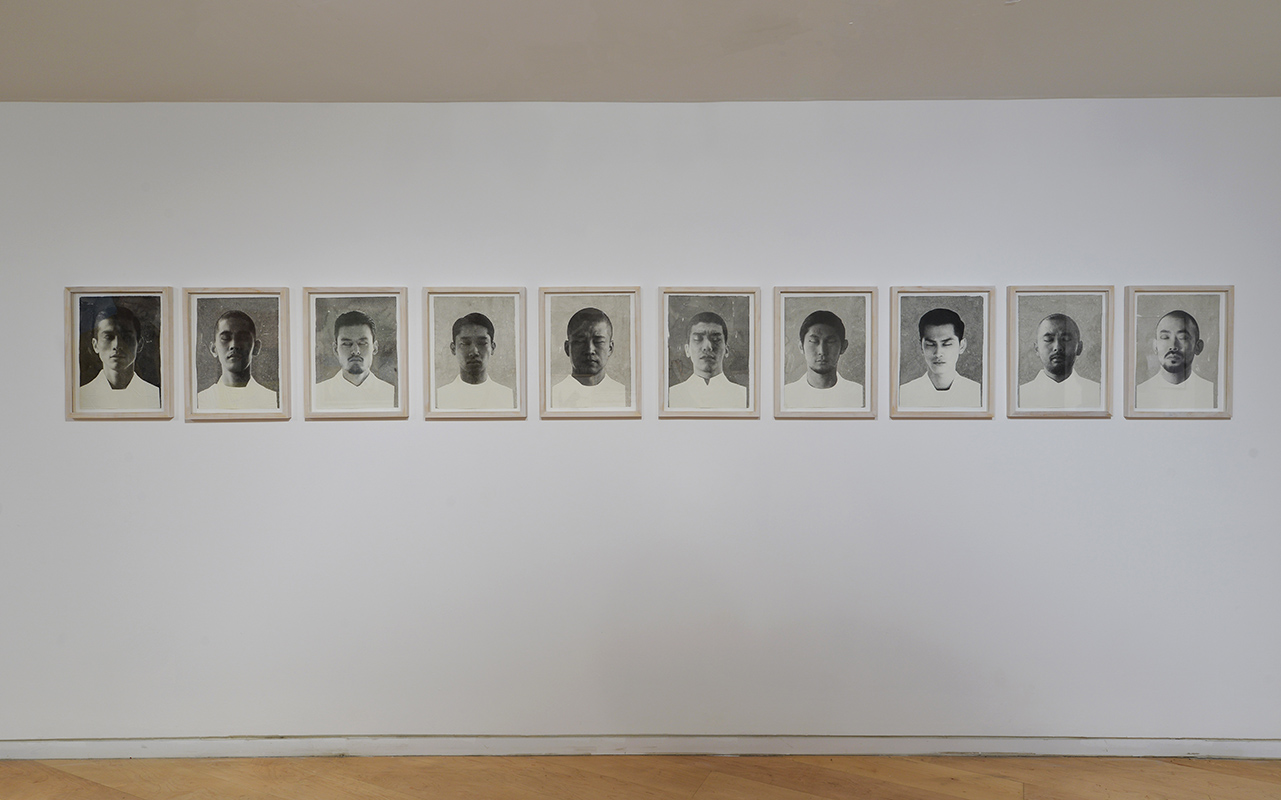 Part of The Latest: New Works from the Prints and Drawings Collection, Tel Aviv Museum of Art

Shay Zilberman’s print continues his engagement with collage. As in the collage works, his raw materials are charged with history, and the way he treats them is always associated with the predigital world in which the work tools were scissors rather than Photoshop, and work was manual, attentive, and intimate. Seriality is also characteristic of Zilberman’s collages, but in print it is not only a flow of images from one another, but the creation of a ten-part whole.

The subtitle, The Ten Lost Tribes, alludes to the legend about the Israelite tribes exiled by Shalmaneser V, king of Assyria, “beyond the Sambation River,” namely—to an unknown place in the Assyrian kingdom; fearing desecration of the Sabbath, they were unable to cross the river—”the Sabbath River”—and return to their land. Zilberman became familiar with the story of Asians who believe they are descendants of the ten tribes. He cut portraits of Asian male models from magazines, and using scissors and glue, shut their eyes to present them in a state of sleep and dream—a meditative, even erotic, state which presents the far-fetchedness of the story and the interpretations attached to it over the years. The background was hand-colored, and plant parts which the artist gathered outside his studio—indigenous flora which ostensibly links the dreamers to the place—were incorporated in the men’s garments.