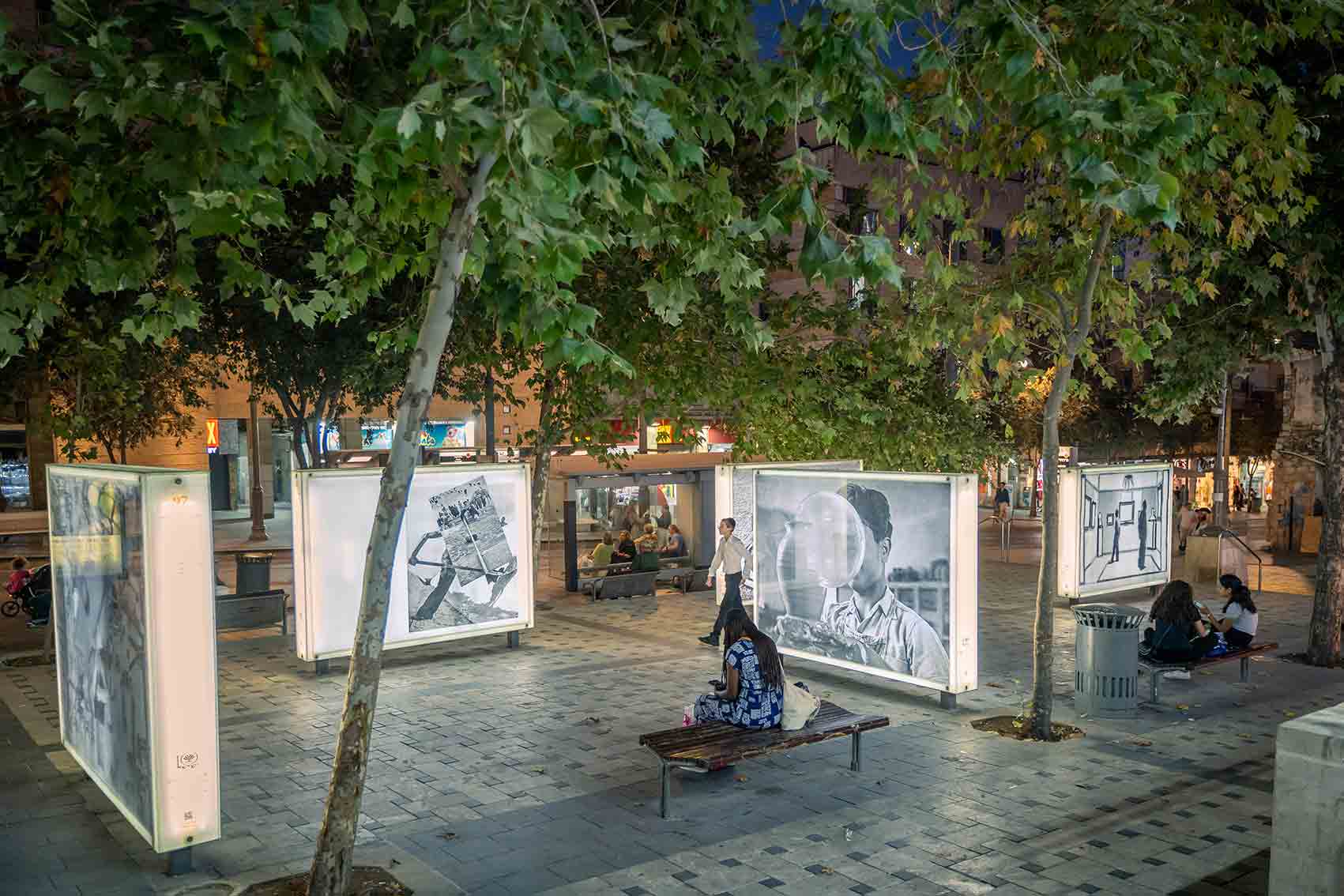 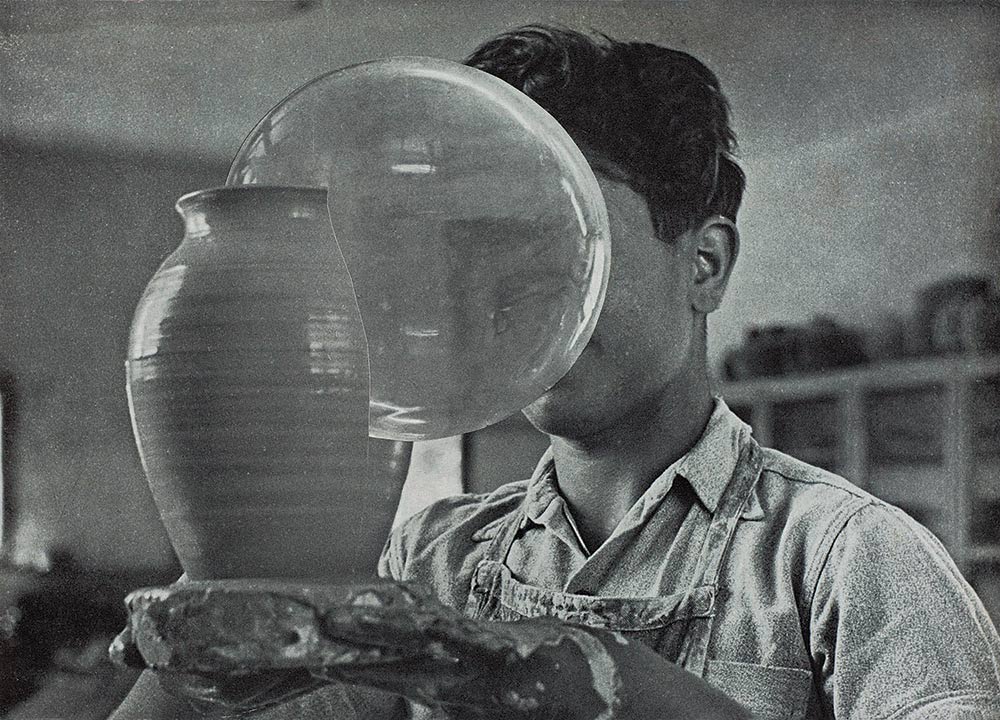 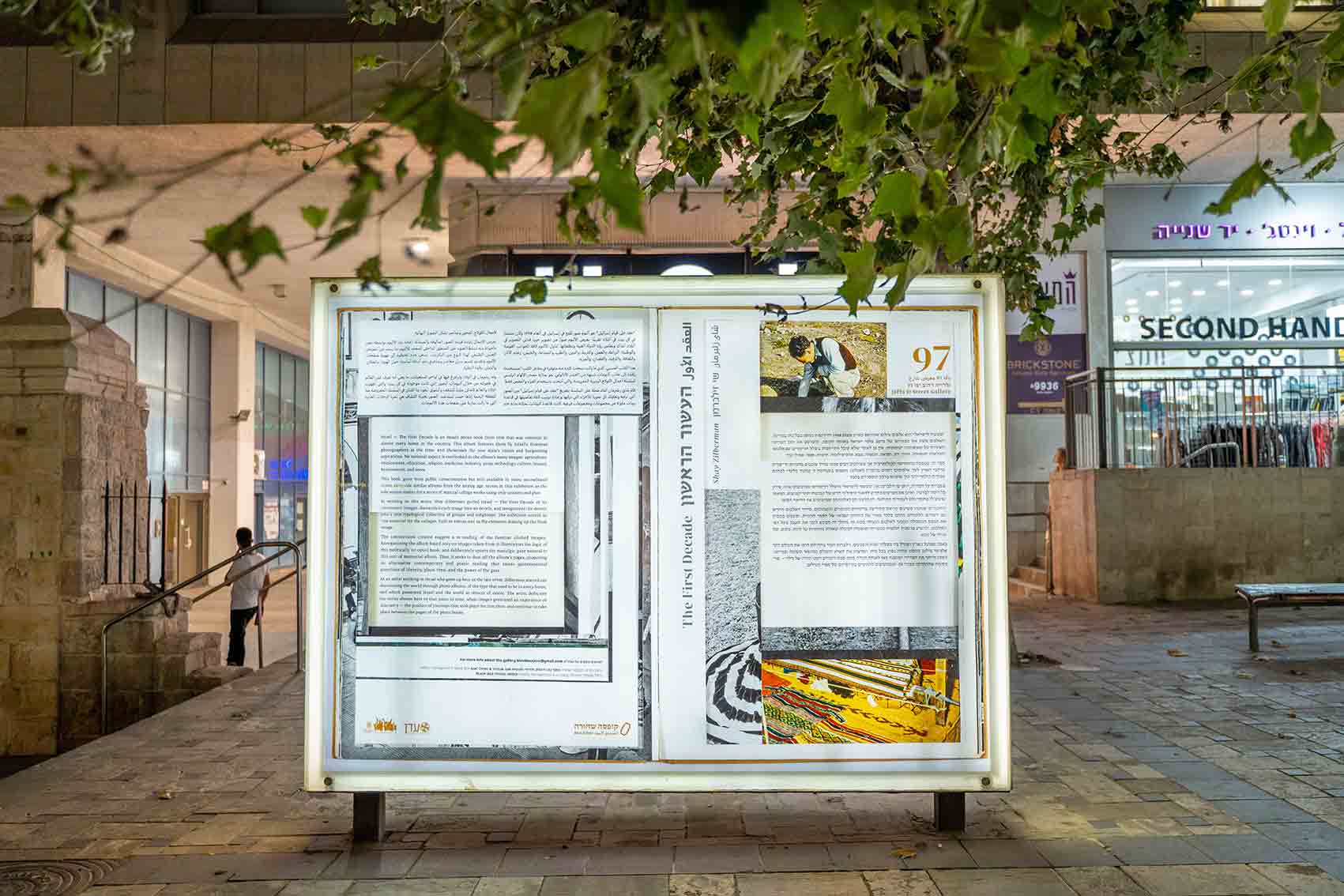 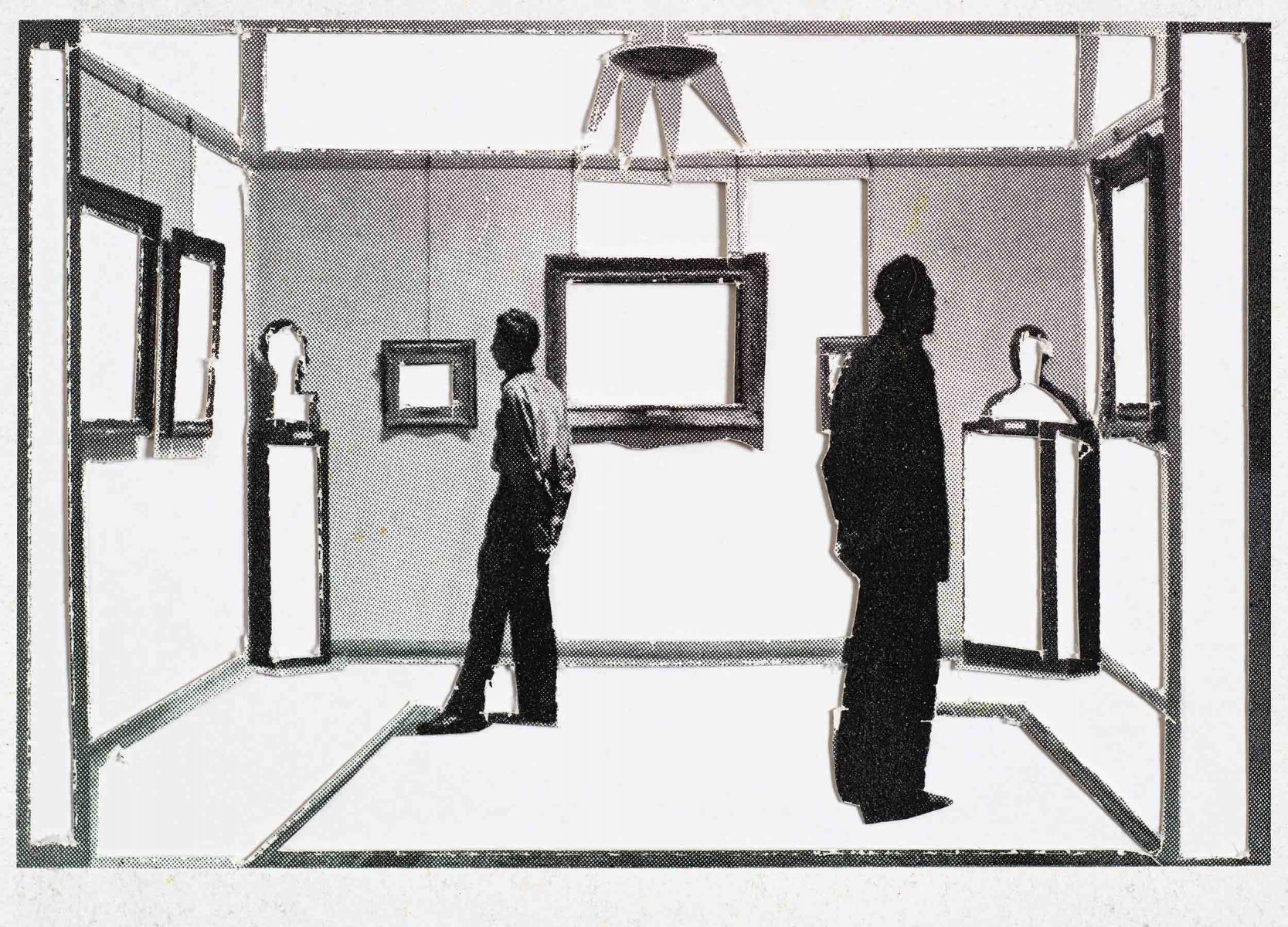 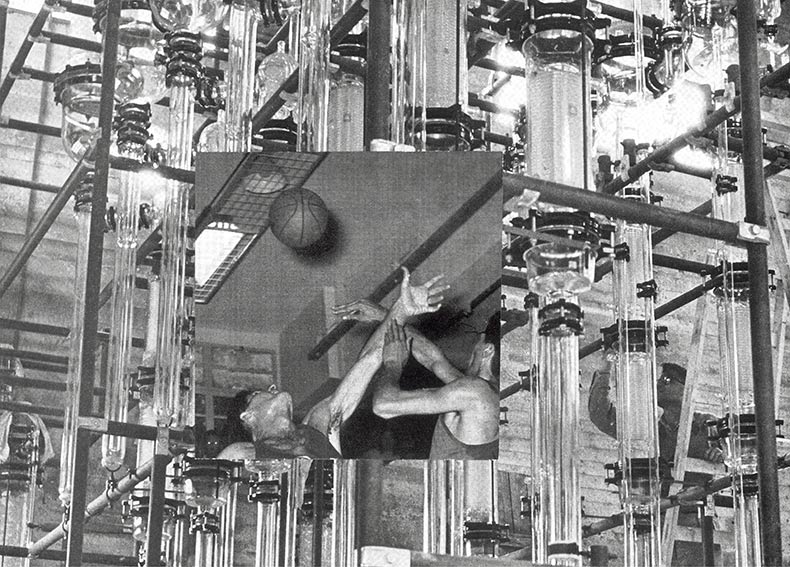 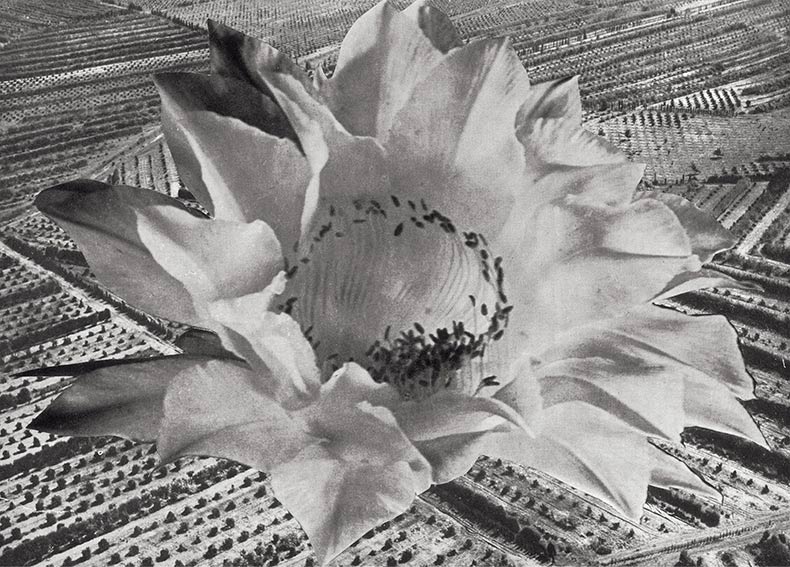 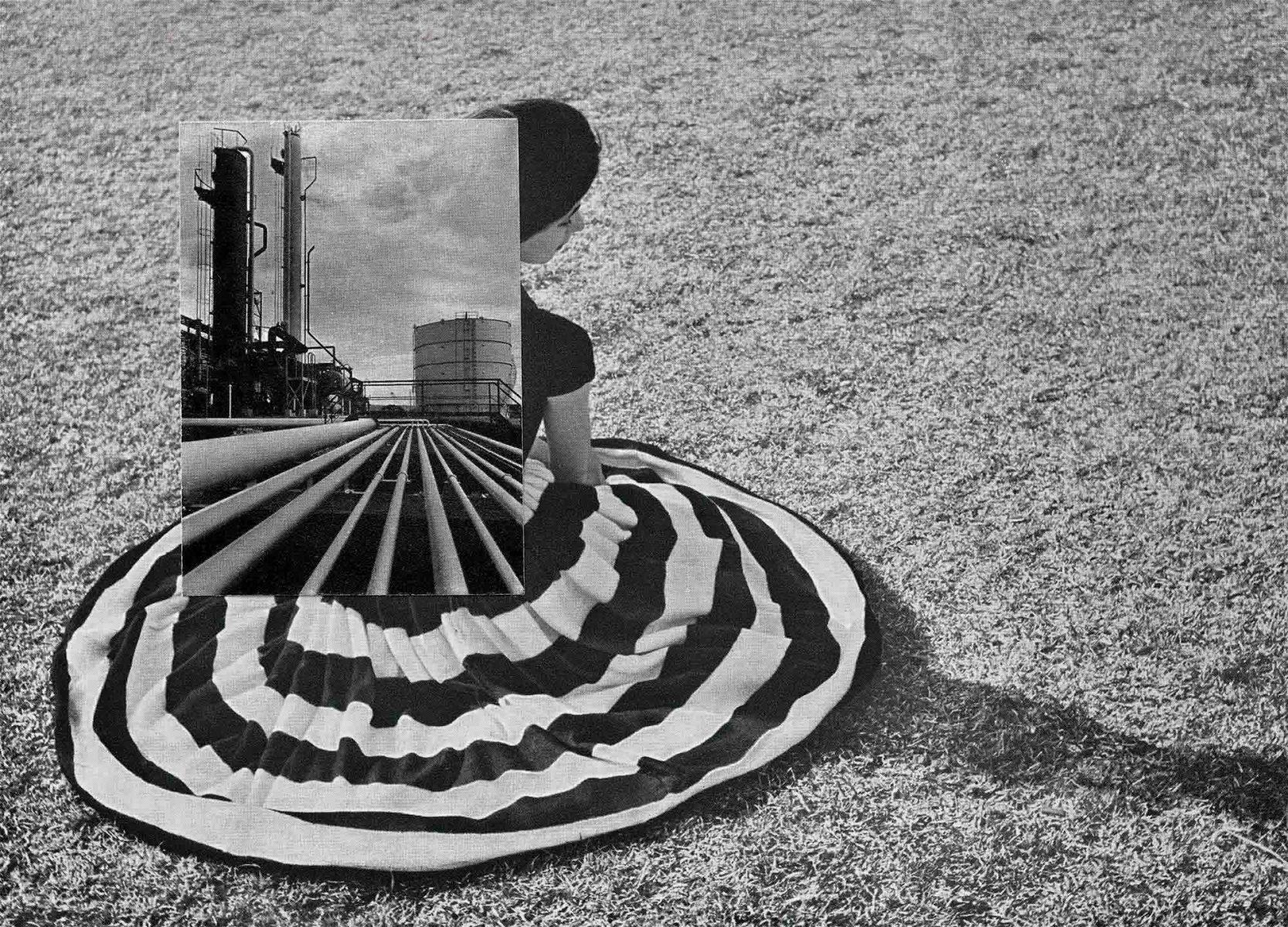 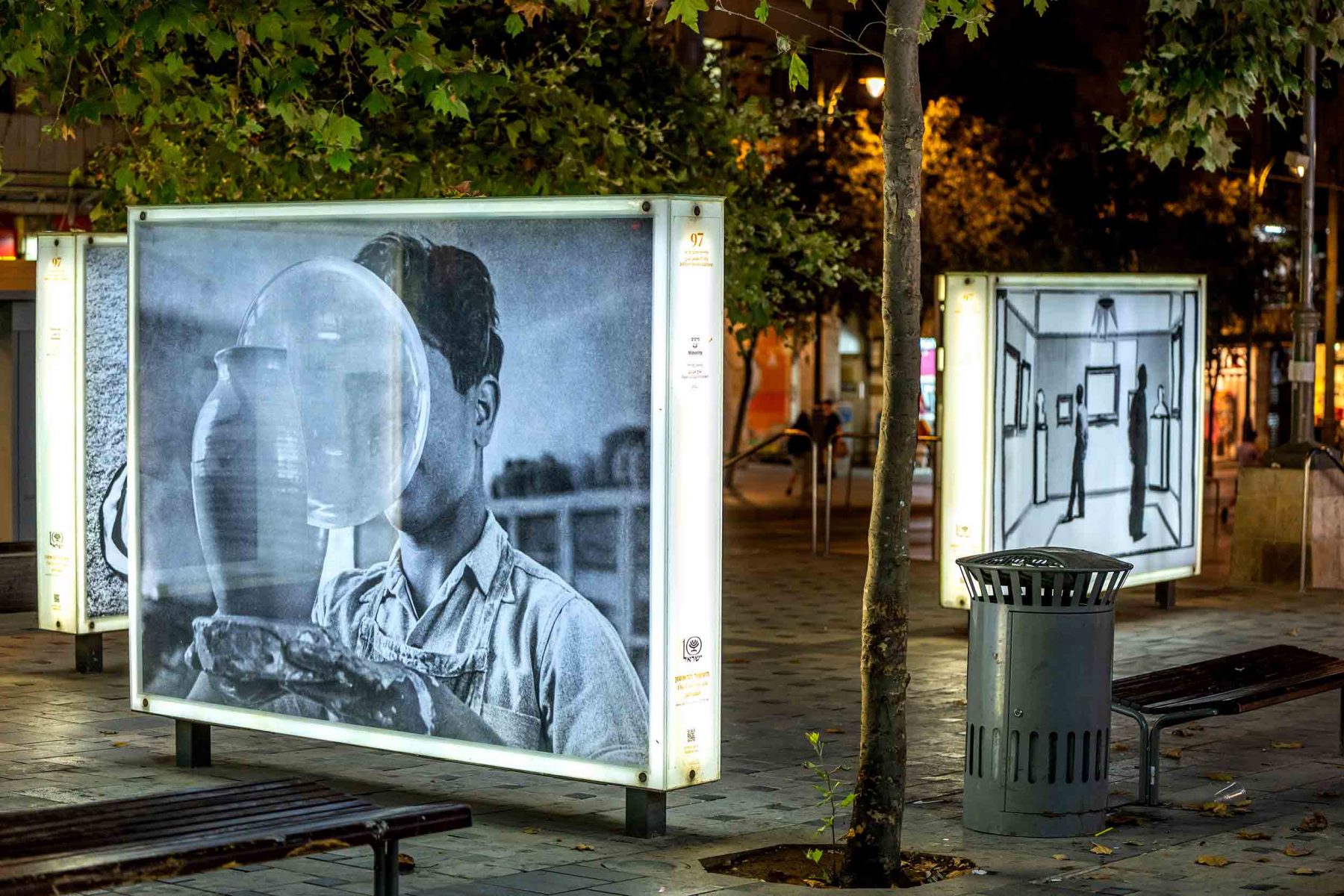 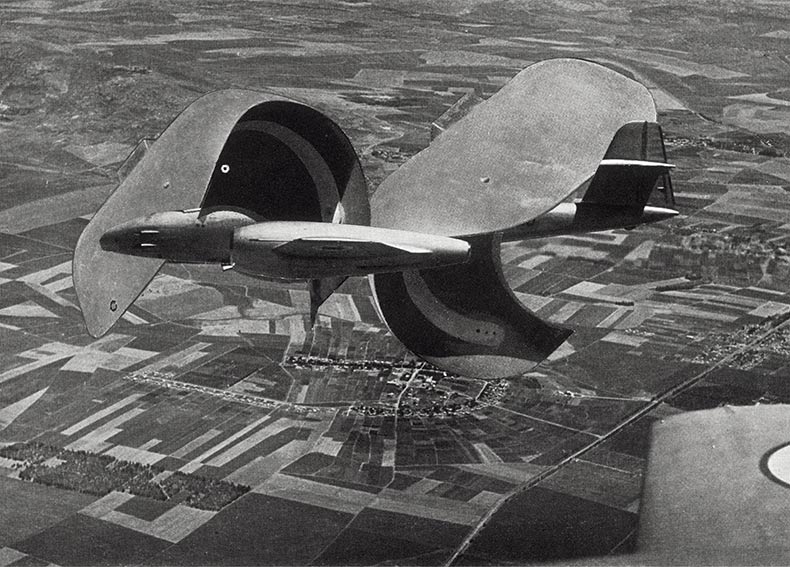 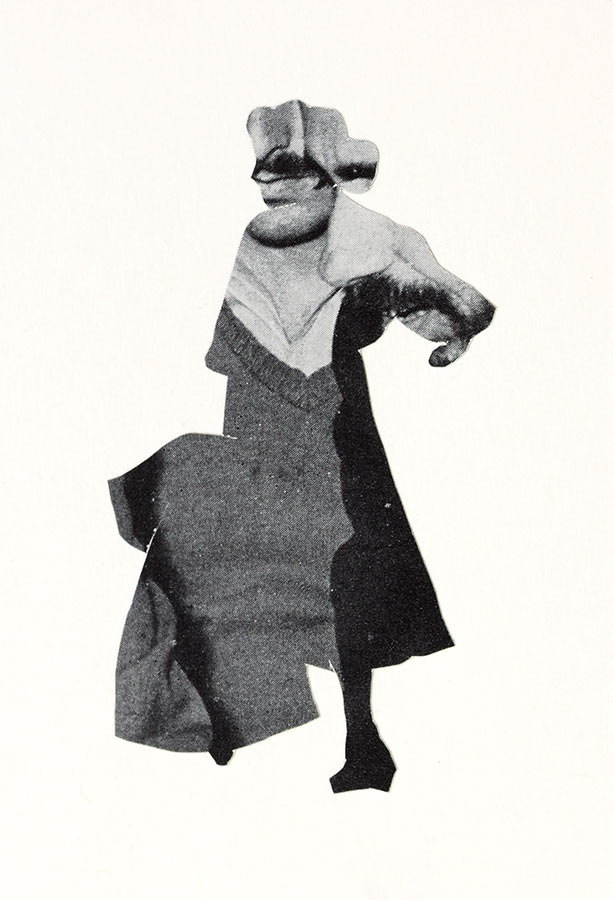 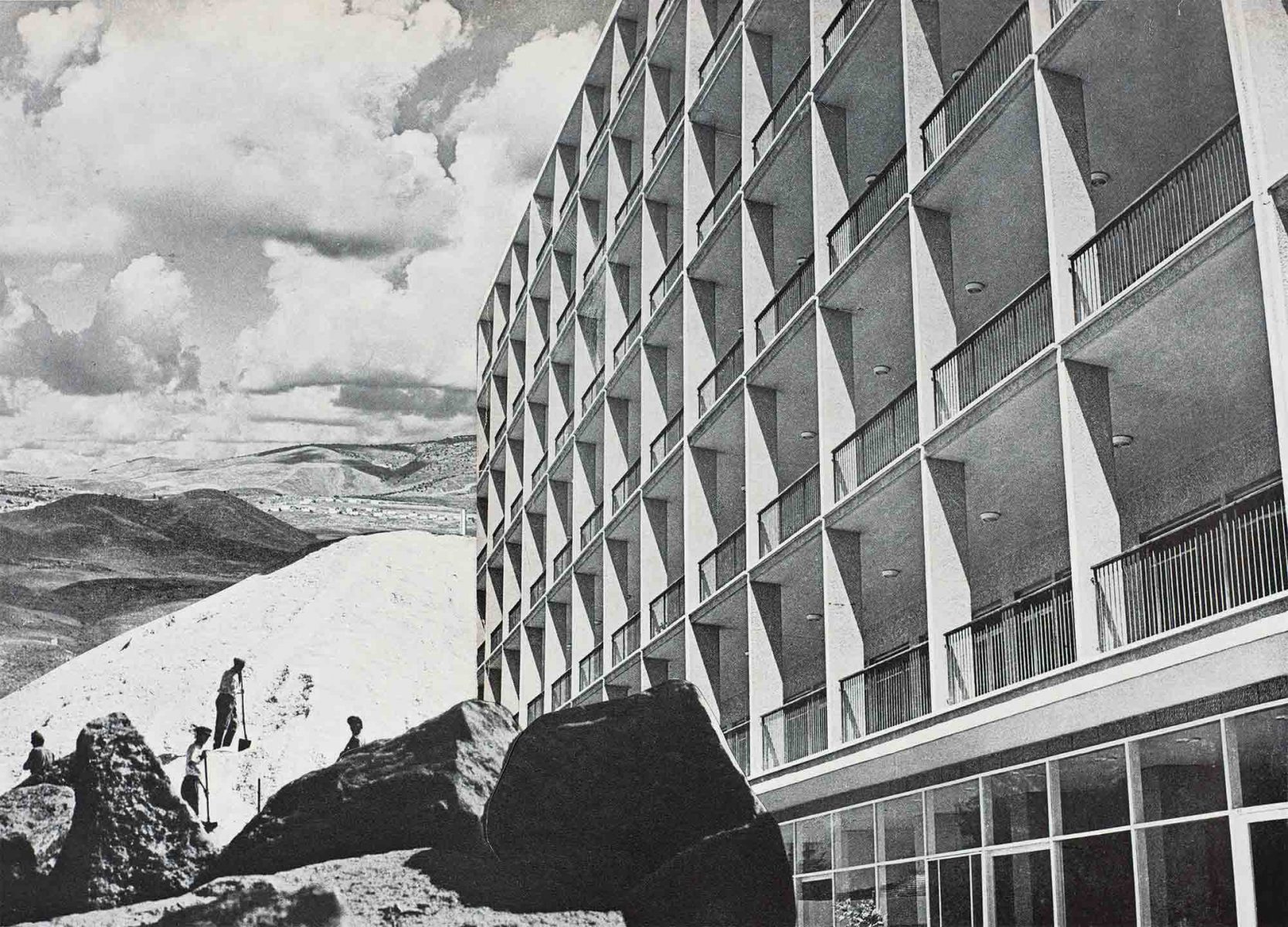 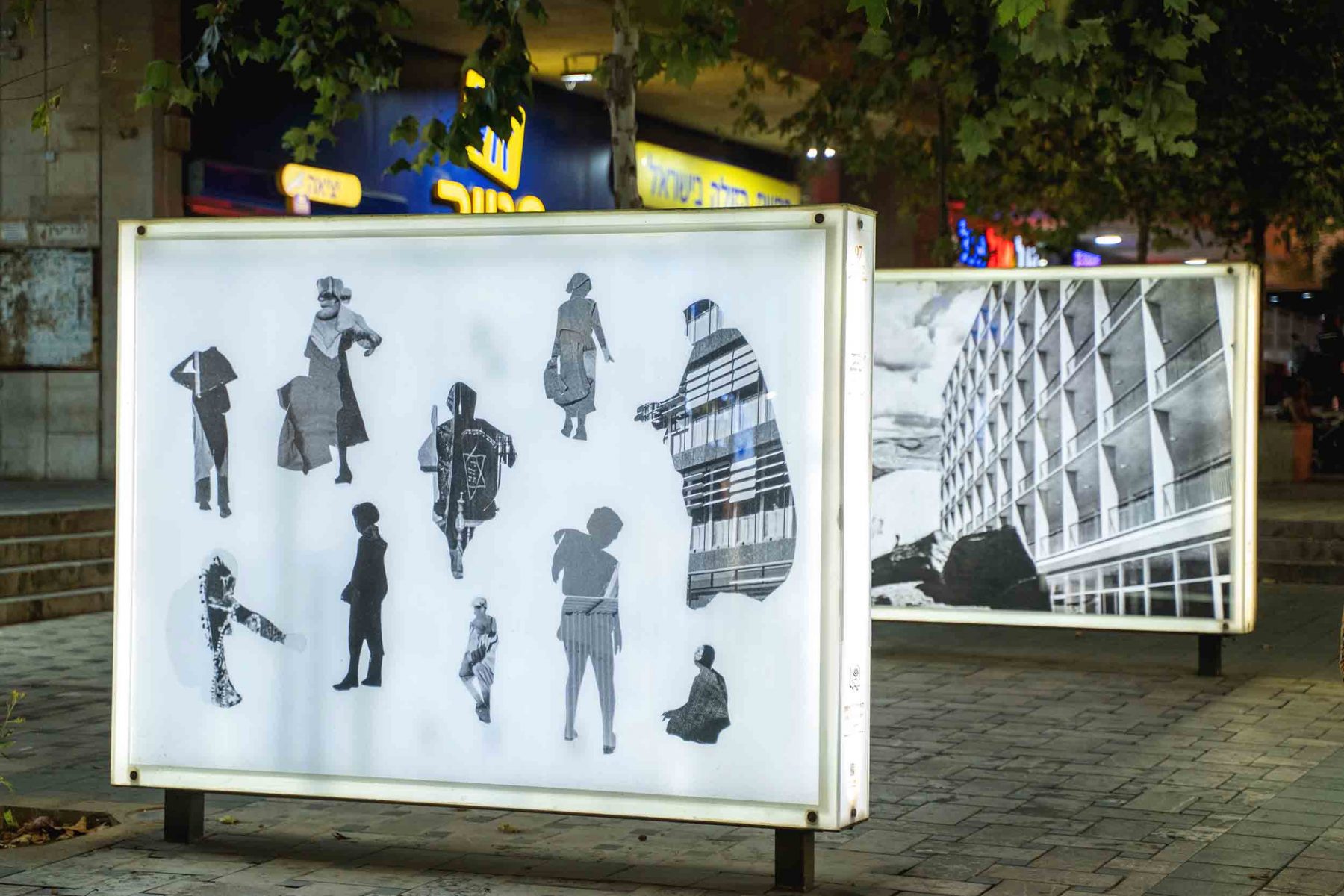 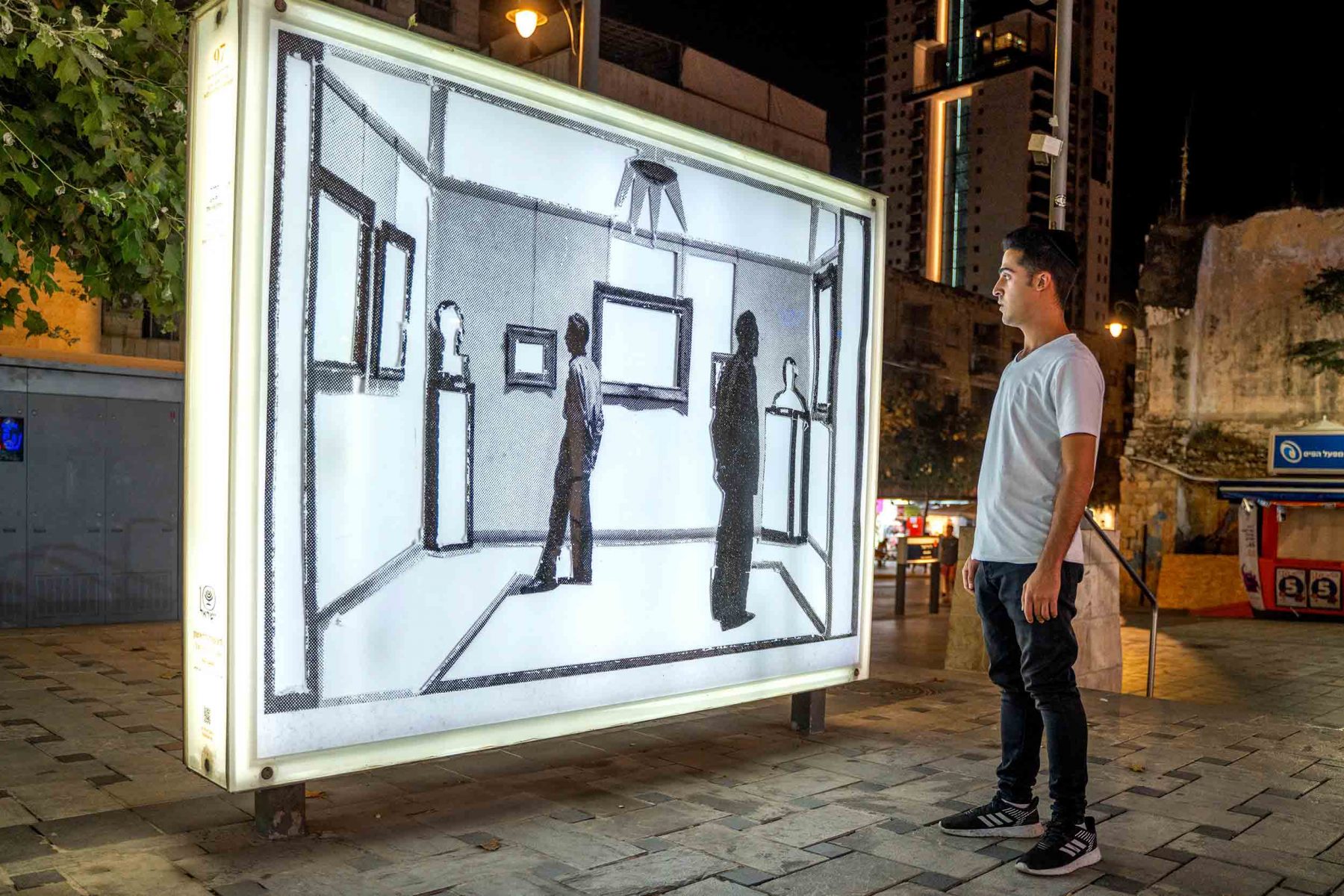 Israel – The First Decade is an Israeli photo book from 1958 that was common in almos every home in the country. This album features shots by Israel’s foremost photographers at the time, and showcases the new state’s vision and burgeoning aspirations. No national aspect is ignored in the album’s many images: agriculture, employment, education, religion, medicine, industry, army, archeology, culture, leisure, bereavement, and more.

This book, gone from public consciousness but still available in many secondhand stores alongside similar albums from the analog age, serves in this exhibition as the sole source matter for a series of manual collage works using only scissors and glue.

In working on this series, Shay Zilberman gutted Israel – The First Decade of its constituent images, dismantled each image into its details, and reorganized the details into a new typological collection of groups and subgroups. The collection served as raw material for the collages, both as canvas and as the elements making up the final image.

The connections created suggest a re-reading of the familiar clichéd images. Reorganizing the album based only on images taken from it illuminates the logic of this politically co-opted book, and deliberately upsets the nostalgic gaze natural to this sort of memorial album. Thus, it seeks to dust off the album’s pages, proposing an alternative contemporary and poetic reading that raises quintessential questions of identity, place, time, and the power of the gaze.

As an artist working in Israel who grew up here in the late 1970s, Zilberman started out discovering the world through photo albums, of the type that used to be in every home, and which presented Israel and the world as objects of desire. The artist dedicates the series shown here to that point in time, when images generated an experience of discovery – the product of journeys that took place for him then, and continue to take place between the pages of the photo books.