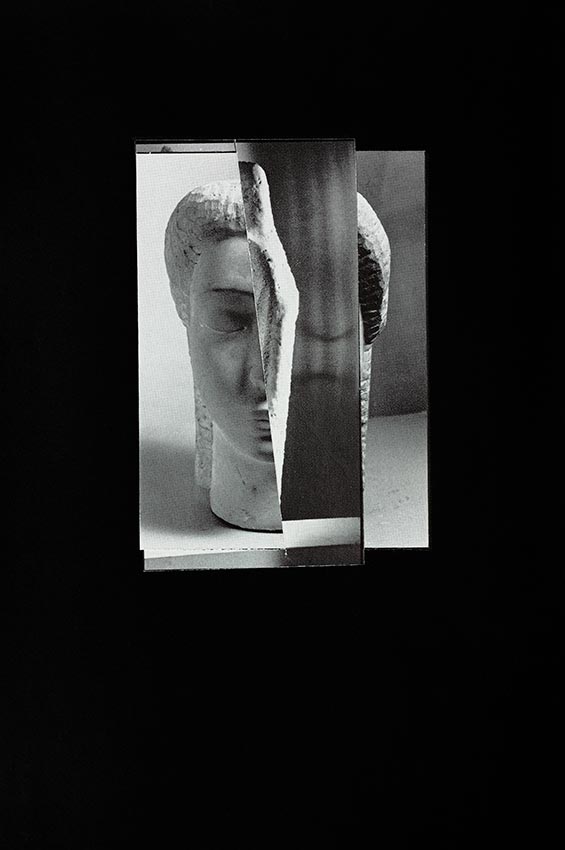 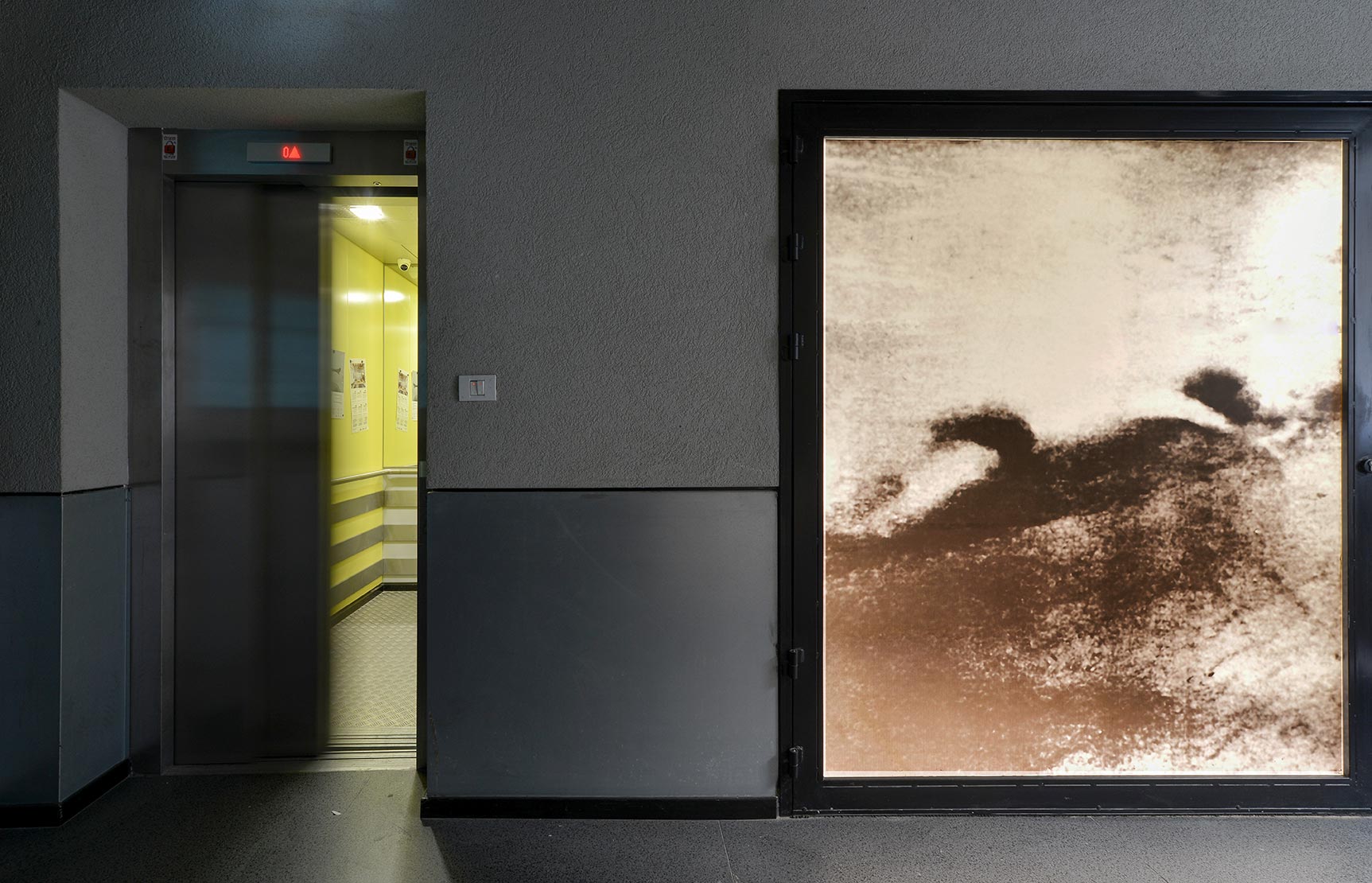 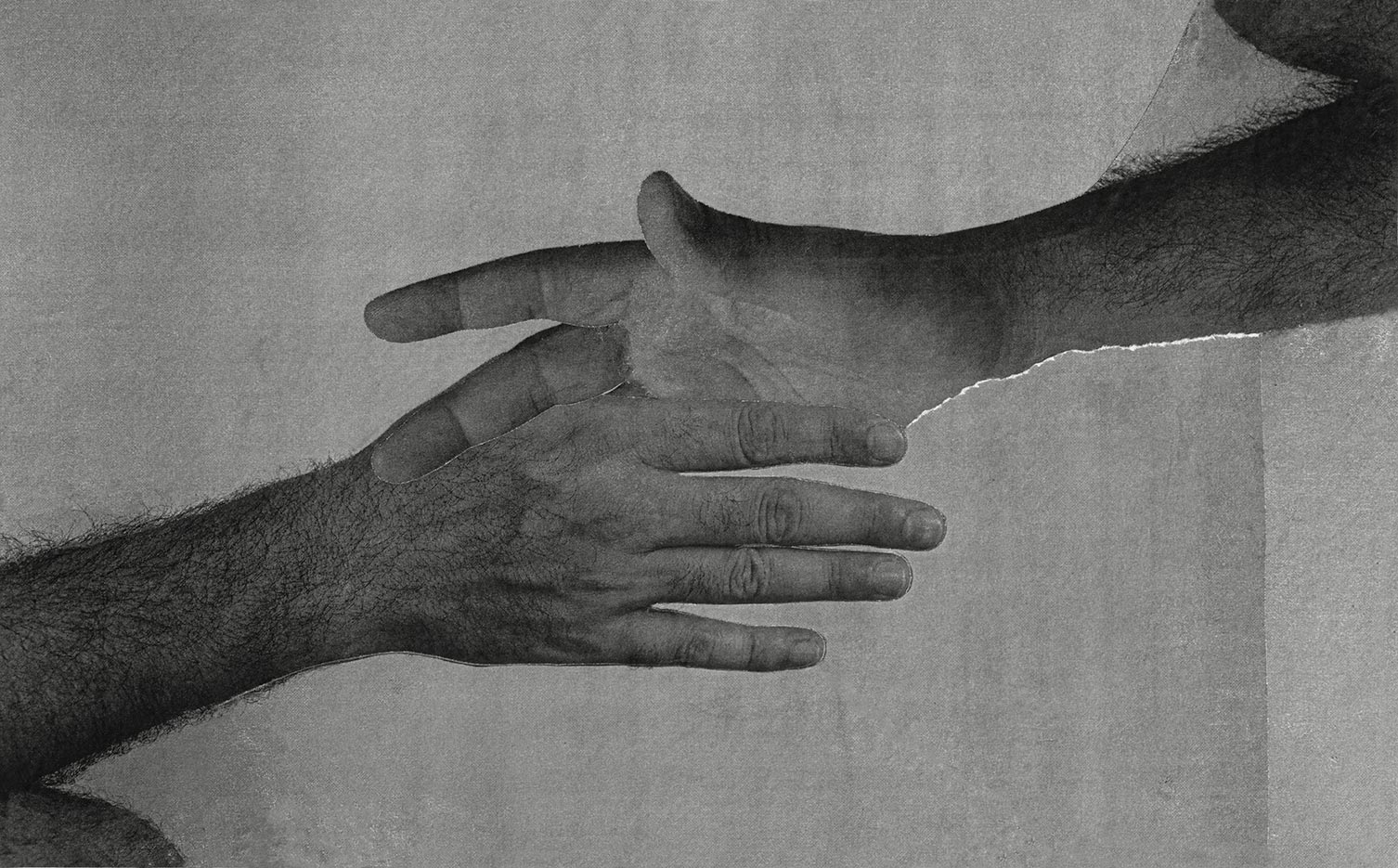 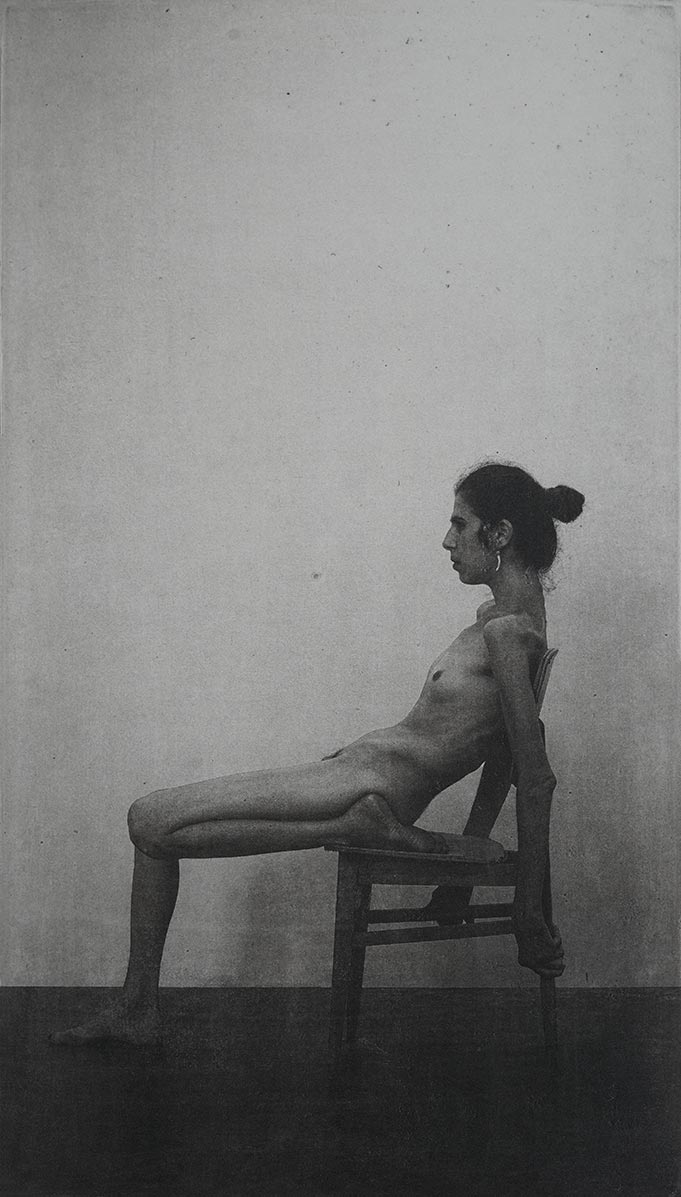 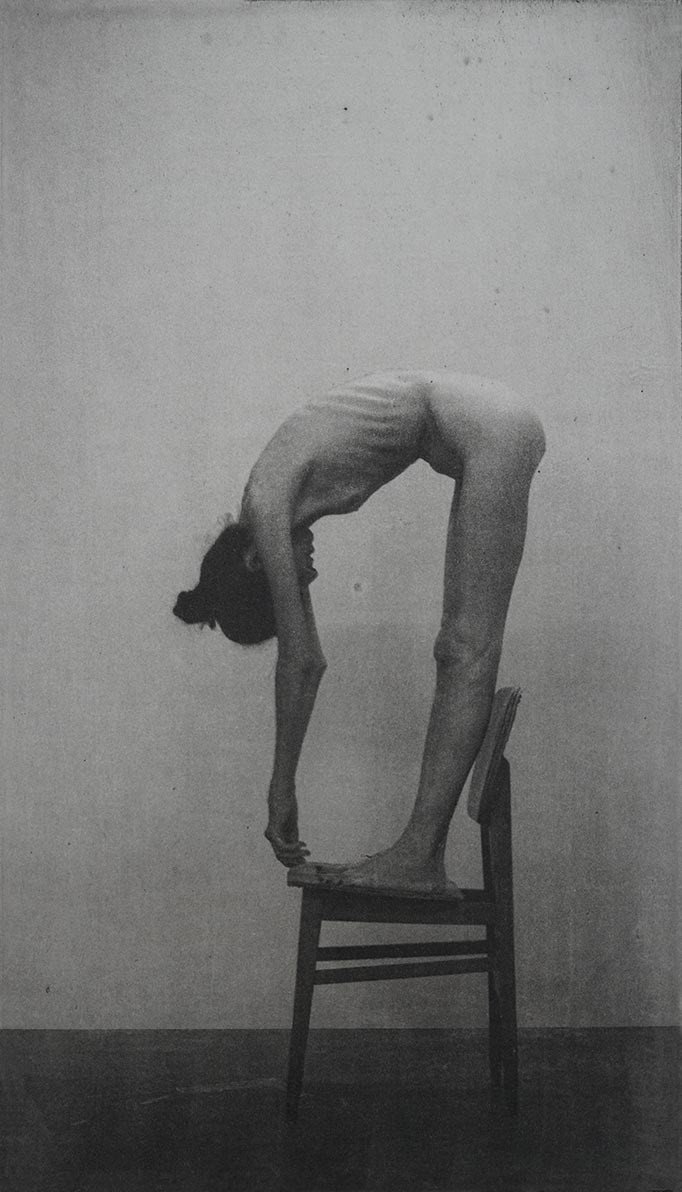 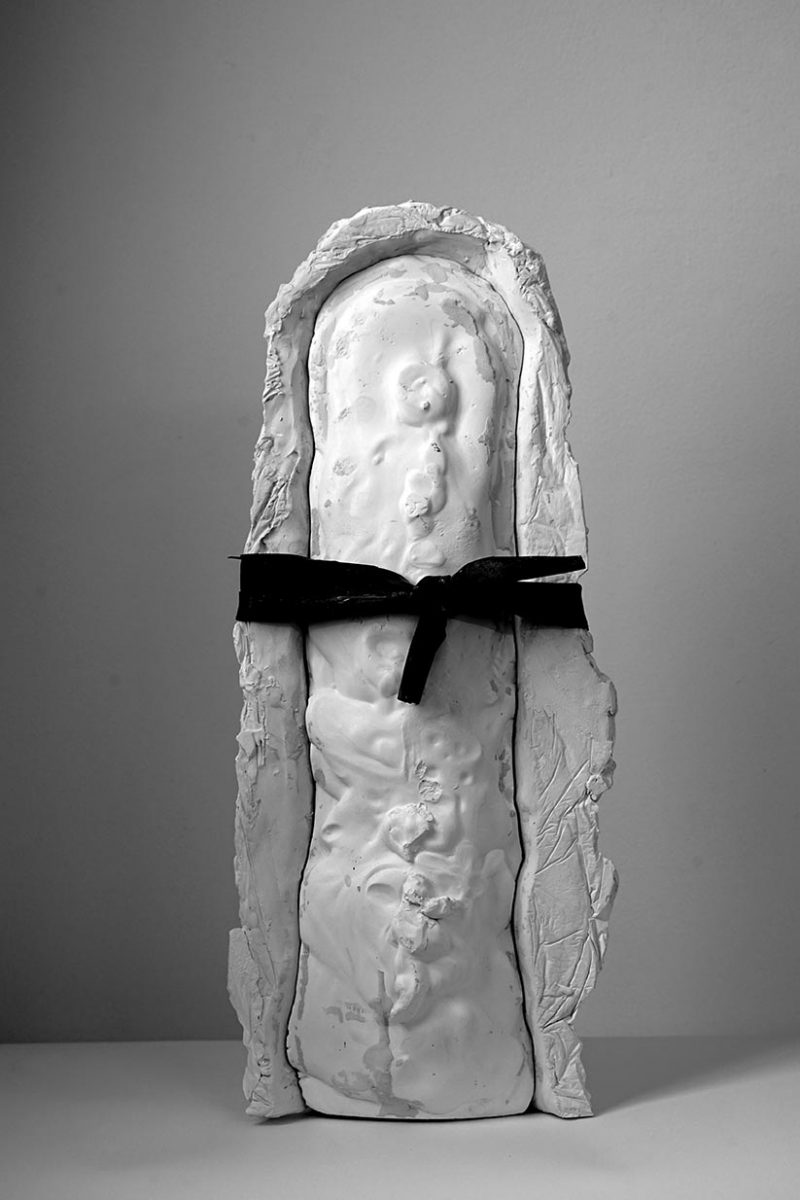 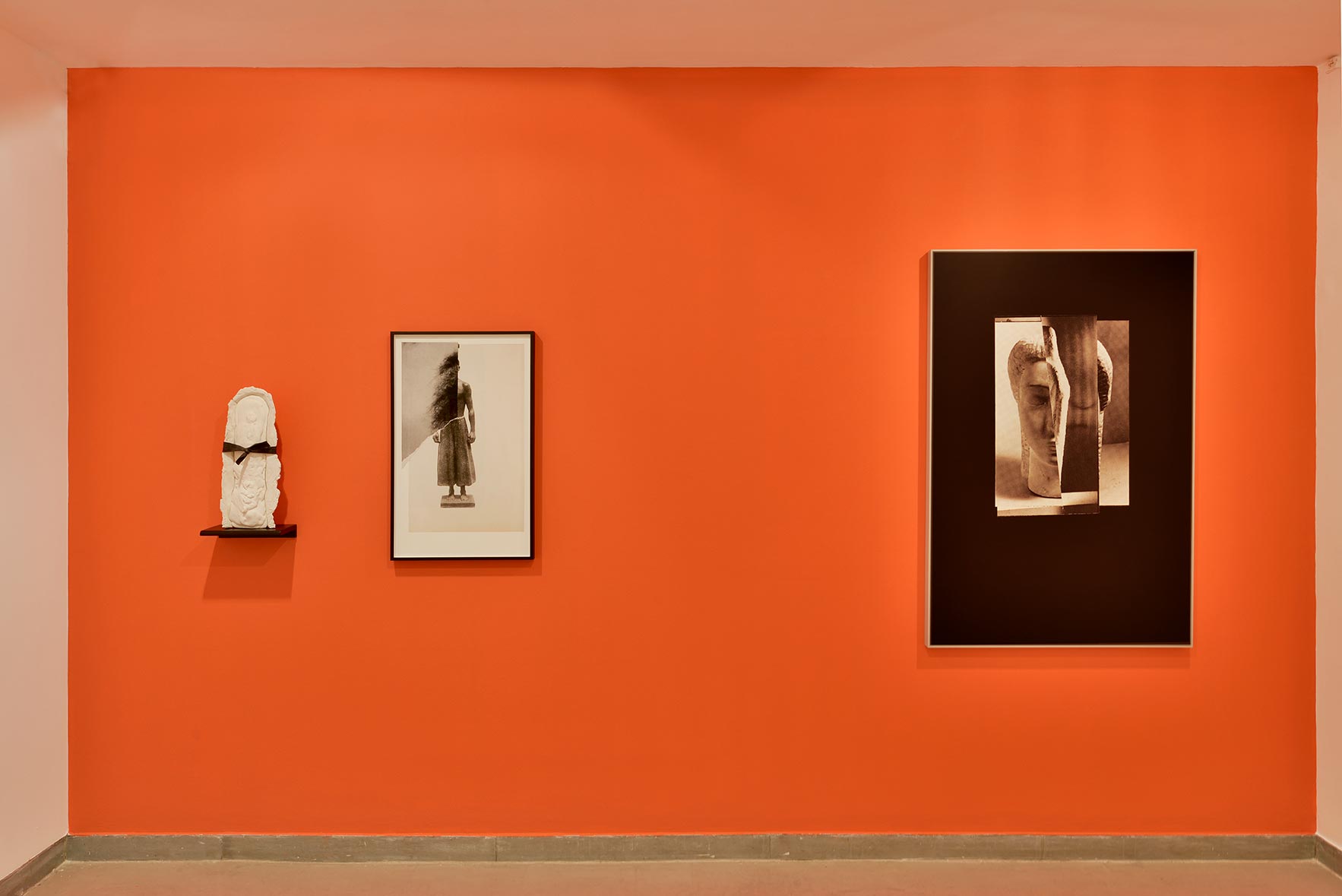 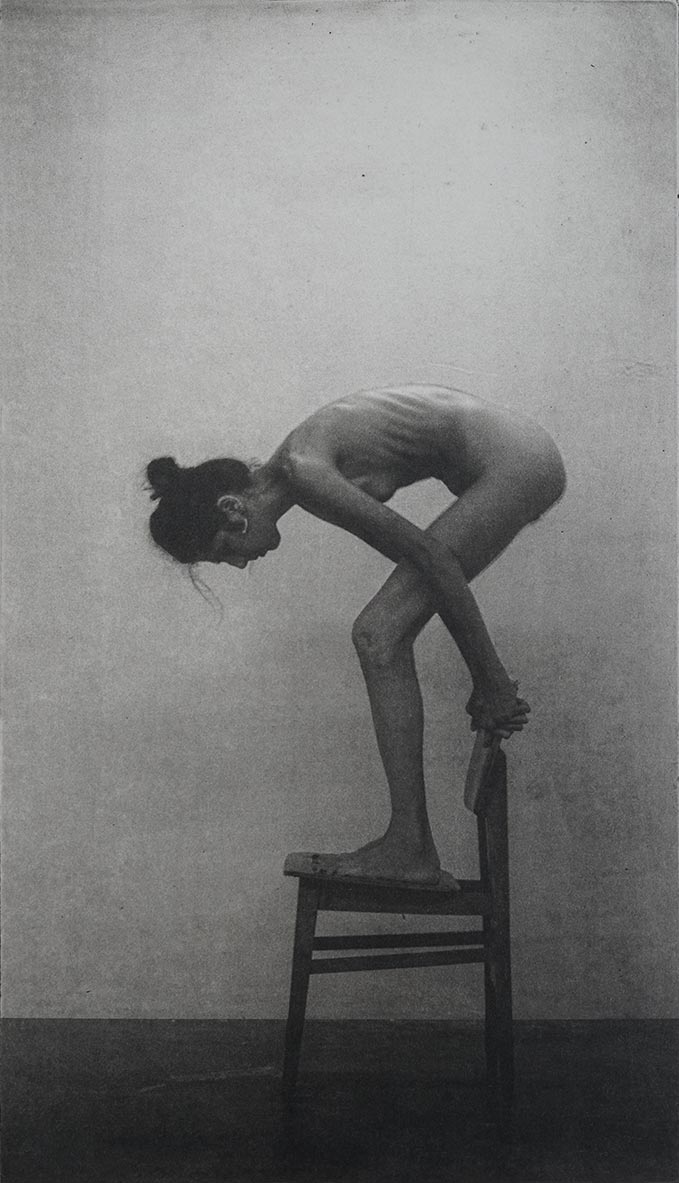 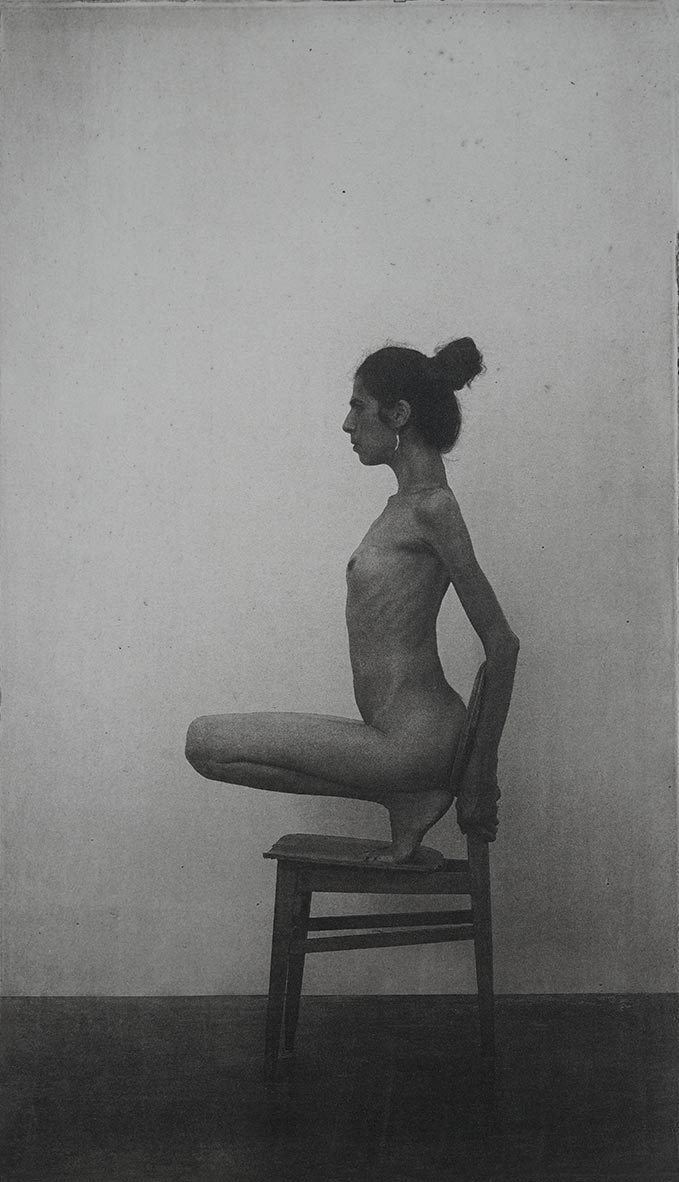 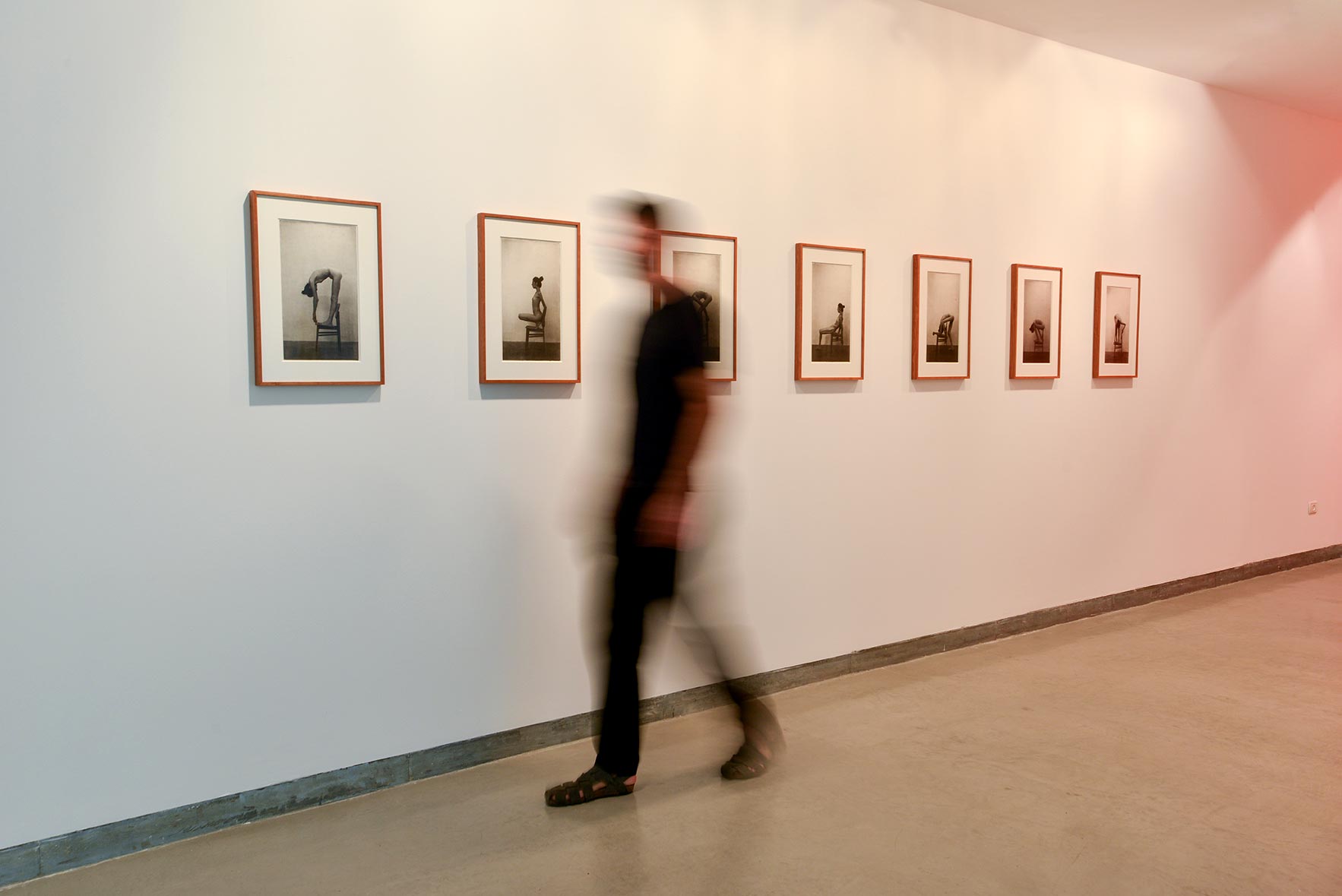 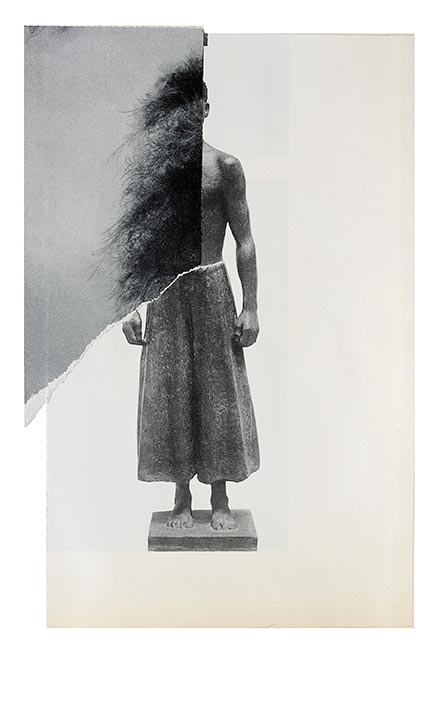 In this duo show, artists Shay Zilberman and Chen Cohen cross paths and interweave with one another. Video, collage, photograph, sculpture, or textile – their works are interconnected, bound by a relationship of exchange and reciprocity. Thoughts interlace, body meets body, the practice of one is appropriated into the practice of the other. Trading images and dreams, they imbue their work processes with one another.

They collect and exchange sources of inspiration – discarded objects, books, and photos, but also rocks, fossils, animal bones, and other natural remnants. Zilberman and Cohen reach beneath the surface and under the skin, gathering human waste – both urban and corporeal. They photograph, scan, cut, paste, or sew the objects that history left in the lower strata of the universe, and the secretions and residues that the body carries from the depths out to the uppermost layer.

They train together, teaching one another techniques, soaking up mediums and habits. Each artistic and quotidian action is a potential for a documented performance or a physical display. The two also train together in front crawl swimming. Their bodies stretch and elongate, picking up speed to counter the water resistance, pushing through, pushing against, undermining, generating transformation – in themselves and in everything that comes in contact with them. Exposed beneath and above the water, their bodies carry private mythologies, moving while completing body parts and assimilating gestures and ideas that informed their previous solo shows but remained hidden from view. Now, they are exposed as the creative mechanism of two artists and a curator, who have been engaging in an ongoing years-long conversation.